I am so heartbroken by what is going on in my country, I don't know where to start. In NYC the news is geared toward President Mahmoud Ahmadinejad's visit to Columbia U. The media is on the bandwagon trying to convince Americans as fast as it can that we need to attack Iran, Let's follow the train of thought.

1. The first line of the Times is that President Mahmoud Ahmadinejad says that homosexuality does not exist in Iran. Is this supposed to turn Americans toward war. Don't MOST AMERICANS have prejudices against homosexuality. What has Bush and Co. said about gays?

"I think it's very important that we protect marriage as an institution between a man and a woman. I proposed a constitutional amendment. The reason I did so was because I was worried that activist judges are actually defining the definition of marriage. And the surest way to protect marriage between a man and woman is to amend the Constitution."
--Third Presidential Debate, Tempe, AZ, October 13, 2004

2. We should attack Iran to stop them from getting nuclear weapons...

The US has nuclear weapons, and has been the only place crazy enough to use them.

3. We should attack Iran because they don't like Isreal.

When is Isreal going to start defending itself? Also, has Iran DONE anything to Isreal, saying and doing are not the same.

4 Ahmadinejad."denied that Iran is involved in smuggling weapons into Iraq, as the US government has charged." The media wants us to believe this is a lie. Iran and Iraq have known opposing groups, IF they have supplied any weapons, it has been to people on our side.

I am begging people to stop being apathetic, I agree that Ahmadinejad is a jerk, but I refuse to live in a landscape of constant war. What can we do:

1. Don't vote for Clinton or Guiliani. This will assure war.
2. Donate money
3. write your senator
4.try to spread the word
5. go to marches -- there is one in DC this Saturday
Posted by Jennifer Bartlett at 6:21 AM No comments: Links to this post

Just came back form my first bike ride with Jim! After a difficult morning, things seem back on track. The laundry is washing, the cats are sleeping, and Jeff is with the Bakers.

In other news, Lisa Jarnot is reading at the Poetry Project on Wed.

I did an interview with Didi Menedez here.

And the fabulous book arrives at the press this week!
Posted by Jennifer Bartlett at 3:48 PM No comments: Links to this post

I have some poems in my first magazine working with poets with disabilities, Wordgathering
Posted by Jennifer Bartlett at 2:34 PM 1 comment: Links to this post 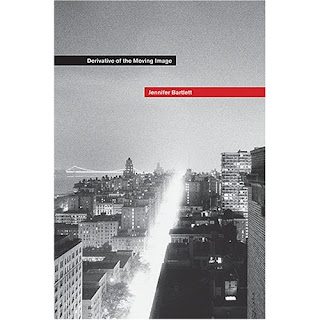 The book is arriving the week of October 5th, but can be ordered now.

We are having a fabulous book party.

There will be wine, you know it!
Posted by Jennifer Bartlett at 4:04 PM 3 comments: Links to this post 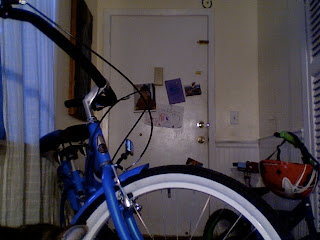 For my 38th birthday, my husband bought me this....and taught me how to ride it!
Posted by Jennifer Bartlett at 4:02 PM No comments: Links to this post

I just got poems rejected from Fence for the 80th time. I don't know what's up with them. The poems I sent are close to other stuff that they publish. They are also part of a trio of which the first is arriving in The Brooklyn Rail next mont h. Yea!

The book is at the printer. It won't be long!
Posted by Jennifer Bartlett at 7:00 PM No comments: Links to this post

There's a taxi strike in NY! O my goodness, how will all the rich people get to work! It's fashion week to boot. Surely, Naomi can't ride the bus in THAT!
Posted by Jennifer Bartlett at 7:13 AM No comments: Links to this post 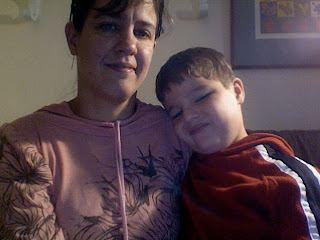 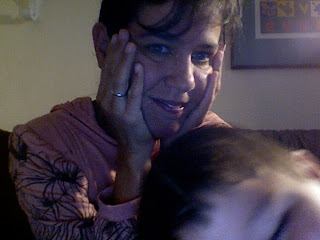 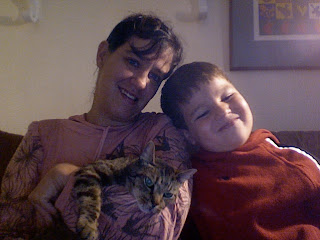 These are my favorite two lines in a song ever:

"The boys who made me lose the blues
and then my eyesight."
Posted by Jennifer Bartlett at 4:55 PM No comments: Links to this post

Today I am thinking about my father, Lee Bartlett. Last night, I read sections my father's magazine, American Poetry. I was looking at Fall, 1988, the issue which is posthumously dedicated to Robert Duncan. The issue includes an interview with Bill Everson, who was friends with Duncan for forty years. Mary Fabily (whose name I am surely misspelling) was a lover/wife? of Everson and one of Duncan's closest friends. Note: Duncan, while gay, seemed to have some funky stuff going on with the ladies that is unclear to me. Everson speaks of jealous tensions surrounding the Mary -- and I have been reading simuliar stories about our beloved Ms. Levertov.

But, I don't mean to write about these guys & gals. The point is: ah, my daddy!

The deeper I get into his work, the more I realize how seminal it is/was to the world of poetry. As I have mentioned before, Talking Poetry, for example, is probably the best book of interviews with poets that I have run across. Where else is there one collection with interviews with Michael Palmer, Anne Waldman, Thom Gunn, and Clayton Eshleman? Just to name a few. In addition to a stack of books on Everson, including his biography, my father also edited/wrote/worked on DisemBodied Poetics for Naropa, a book of James Laughlin's letters, an Anthology of New Mexican poets, The Sun is But a Morning Star (which I now know comes from Duncan), the American Poetry Series (which includes books by Everson, McClure, and Tarn), his own book of poetry -- the Greenhouse Effect, the letters of Stephen Spender, a bibliography of Beat poetry, and the first essay on the Language Poets called "What is Language Poetry?" which arguably may be where the term LP derives from. & these are just a few.

It is amazing to grow up and find that something to which you never quite paid attention is so valuable to your work life. It's like growing up to be a filmmaker and finding out your mother had an affair with Woody Allen.

It frustrates me that this great work has been pushed aside. I so want to share it, not out of nepotism, not for the money or glory, but simply because IT'S REALLY GOOD. My father's work is just as important as Silliman's and Perloff's. And the older folks know and regard him well. But, I can't help but feel he's been shrugged off by the younger generation -- unless they are poetry fanatics who read EVERYTHING (Matt Hendrickson).

I think this loss is because many of the books are out of print. Also, my dad is not an internet guy. He's not even in Google! I can't help but also suspect that it's the old paranoid West-East Coast poetry thing. (Sometimes I feel like we are rappers -- oh! by the way, he wrote one of the first essays on that too!)
Posted by Jennifer Bartlett at 11:36 AM 9 comments: Links to this post

Since it is highly doubtful that the Times will publish my letter, I've decided to post it here. The Times resistance against publishing letters in from DOE teachers in general makes me suspect that either they a). think we are dissgruntled workers exaggerating or b). only want to disclose one side of the story. I do plan to send the letter to the mayor, governor, and chancellor -- which of course, will all be a waste of time.

It is ironic that on the day I resigned from the New York City DOE The Times had an editorial about the lack of teachers. I am one of those teachers who is quitting six years into their career. I never had a problem with the salary, nor benefits, which I find decent. My issue is that in six years of teaching, I was excessed three times. I was blantantly discriminated against because I have cerebral palsy, and harrassed by more than one assistant principal. My colleagues have also been treated with utter disregard. Recently, colleagues with 20 years of experience were forced to re-apply for their jobs. I am very stubborn and worked hard to be a teacher. If, over the course of six years, I had been treated with one speck of respect, I wouldn't be handing in my papers. Until the Department of Education treats its teachers like human beings, no amount of money will keep us.
Posted by Jennifer Bartlett at 7:10 AM No comments: Links to this post