I'll be reading a few places in the next few months:

December 8th
So And So Reading Series
The Distillery
Boston, MA
8PM
With Reb Livingston and Andrea Baker

I am in the midst of a poet's most difficult job. How to promote your work and not seem like a jerk? How to be an artist and not be egotistical? There are only a few copies of the first printing of Derivative of the Moving Image left!

Here are a few tasty samples:


Being disabled is not what you think.
Limitation exists only within the context of others
as the only language the body knows
is that which it tells itself.
Movement appears painful from a distance
when rather it is just the body reiterating itself.
Like one of da Vinci's hopelessly grounded things
these limbs make a contortionist out of me,
lifting my one good wing from the sidewalk
I unfold finally, cinematically,
after a winter of wordless birds.


Now, you are no longer yourself
but a variation of.
I resist taking you in,
not in repulsion but worry.
You prove your accidental cruelty
in this structure that can
no longer bother to move
beyond itself, redefining our
ideal, our own small interest
in death. When you go
will you leave behind merely
a space that the human figure once filled
or will a likeness remain?
As mundane as it sounds,
I am finally settling into this life.


From A Paris Hotel Room


It was the spring after my sister died that I began to notice the moths. They would follow me from room to room beating against the window shades or showing themselves in the one tiny patch of light as I dressed for the day. Some days, some hours, I would count as many as twenty and still they held no significance for me. I saw them as many see the trees which line the highway, just passing objects.

One afternoon when the rains came I let the girls take off all their clothes and run naked in the yard while I danced around them in my blue nanny dress. I don't know why I did that. That night the moths were so large that they woke me like a burglar might. I put bowls of sugar around the house to keep them from the books.

Occasionally, the elder of the two girls will touch my arm and speak of my sister as if she remembers her. She tells me that my sister is dead.

Then the moths. They like to linger in hot places like the roof of the car. The smaller ones cling to my hands as I water the garden in the morning. When I ask others if they notice the creatures with the same consistency most deny it or act as though it is ordinary. The few that show an interest describe them as hideous monsters. I argue them to be more beautiful than butterflies.
Posted by Jennifer Bartlett at 6:10 AM 1 comment: Links to this post 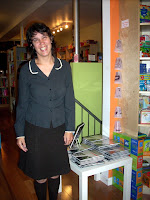 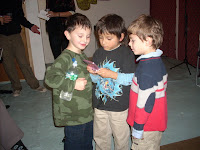 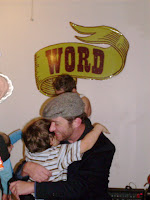 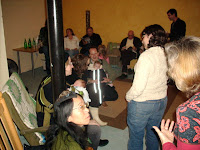 Posted by Jennifer Bartlett at 11:37 AM 3 comments: Links to this post 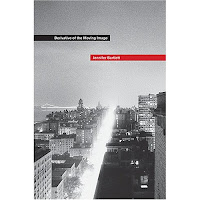 Book Party for Jennifer Bartlett
Derivative of the Moving Image
on
Friday, Nov. 9th
7-9 PM
Word Bookstore (www.wordbookstore.com)
126 Franklin St.
Greenpoint Brooklyn
take the 'G' train to Greenpoint Ave.
Walk 1 block to the river
Make a left on Franklin
Wine Provided!
Posted by Jennifer Bartlett at 8:35 AM No comments: Links to this post