A Brief History of My Life in Poetry 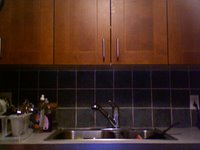 For the life of me, I can't work the side bar of this thing!

Although I have greatly digressed, I am a poet. I just wanted to talk about my work for a second.

Born in Northern California and raised in New Mexico, Jennifer Bartlett now resides in Brooklyn, New York. She graduated from the University of New Mexico in 1994 with a B.A. in English, and Vermont College in 1998 with an M.F.A. She won the 1995 Bruce P. Rossley New Voices Award in poetry in Boston, Massachusetts. Her poems have appeared in First Intensity, The Boston Globe, Blue Mesa Review, Conceptions SouthWest, Bughouse, and Psalm 151. In 1997, she won the Laurel Moon Open Poetry Contest at Brandeis University. She has written book reviews and articles for Harvard Review, Jewish Book World, St. Mark's Poetry Project, 'Hale, and WeMedia Magazine, where she once was the culture editor. In 2000, she acted as a judge for the Jewish Book Council's annual short story contest, and has volunteered at St. Mark's Poetry Project and Poet's House. In 2005, she was a New York Foundation for the Arts Poetry Fellow.

In 2007, my first collection of poetry, Derivative of the Moving Image, is forthcoming from the University of New Mexico Press. The Press accepted this book quite awhile ago and has been a lot time in coming. Meanwhile, I am 50 pages into my second book (a) lullaby without any music.

http://www.nyfa.org/nyfa_artists_detail.asp?pid=5378
Posted by Jennifer Bartlett at 11:02 AM